His memories in a trunk

Reflections on literature, language(s), and music

Archive for the category “Mythology”

Over at Weird Tales there’s an amazing collection of old Krampus-cards, along with some lore and history of St. Nicholas’ lesser-known other. As it happens, I have my own Krampus photo to share, thanks to last evening’s potation, Krampus from Southern Tier Brewing in New York: 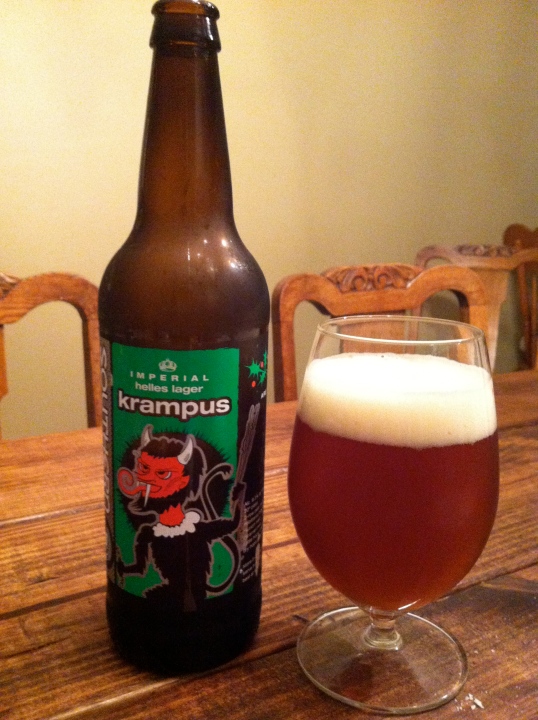 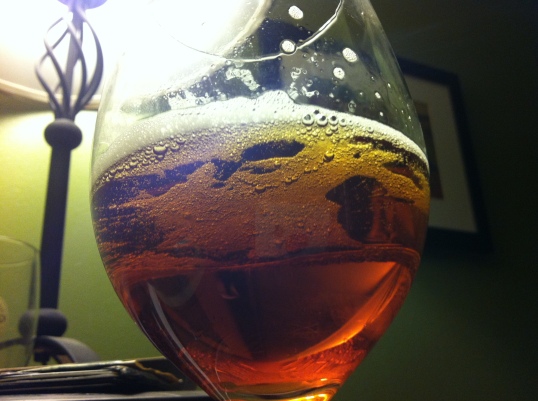 You can read more about the beer here.

From an enquiry in the OED on the word “savage” I was led to a line from The Merchant of Venice, which in turn led me to the broader context in Act V of the play. Here is a delightful part of Act V, sc. i about the effects of music. 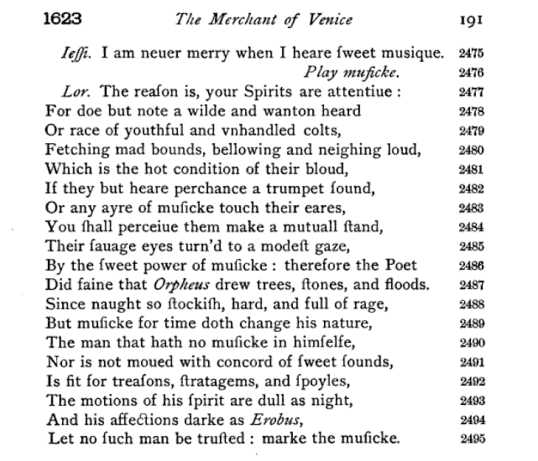 The image above is from this edition, which exhibits such fine typography that I thought it worth giving as such, rather than retyping it; the same text can be found in the original-spelling edition from Oxford, p. 506, and here it is in modernized orthography (from here):

I am never merry when I hear sweet music.

The reason is, your spirits are attentive:
For do but note a wild and wanton herd,
Or race of youthful and unhandled colts,
Fetching mad bounds, bellowing and neighing loud,
Which is the hot condition of their blood;
If they but hear perchance a trumpet sound,
Or any air of music touch their ears,
You shall perceive them make a mutual stand,
Their savage eyes turn’d to a modest gaze
By the sweet power of music: therefore the poet
Did feign that Orpheus drew trees, stones and floods;
Since nought so stockish, hard and full of rage,
But music for the time doth change his nature.
The man that hath no music in himself,
Nor is not moved with concord of sweet sounds,
Is fit for treasons, stratagems and spoils;
The motions of his spirit are dull as night
And his affections dark as Erebus:
Let no such man be trusted. Mark the music.

I don’t know that this is one of the better known parts of the play, but it deserves to be.

A few lines on the devil in Old English

Some of the most appealing parts of ancient and mediaeval — I use these adjectives chronologically, not necessarily culturally — literature are descriptions of gods, heroes, monsters and warlike meetings between any combination of members of those groups. Mythic tales are full of all sorts of such engagements, not infrequently in formulaic language. Of specific battles, the struggle with and defeat of some especially unsavory baddy marks an especial milestone of victory for a hero (see further Neil Forsyth, Satan and the Combat Myth.) One such encounter is described below in one of the Old English poems from the Exeter Book, the poem known as The Panther (lines 58b-64a), in which Jesus’ victory over Satan in the Harrowing of Hell is recounted and celebrated.

He is the old enemy,
Whom the Prince of angels and victories’ Giver
Bound in the abyss of torments,
Fettered with fiery chains,
Covered with grievous afflictions,
And when for us he’d suffered three nights’ death,
On the third day from the grave arose.